Science Was Her Lifeline. Now She Helps Other Girls Discover It.

The STEM summer camp that Sabina London began in high school has grown to serve 17 states. 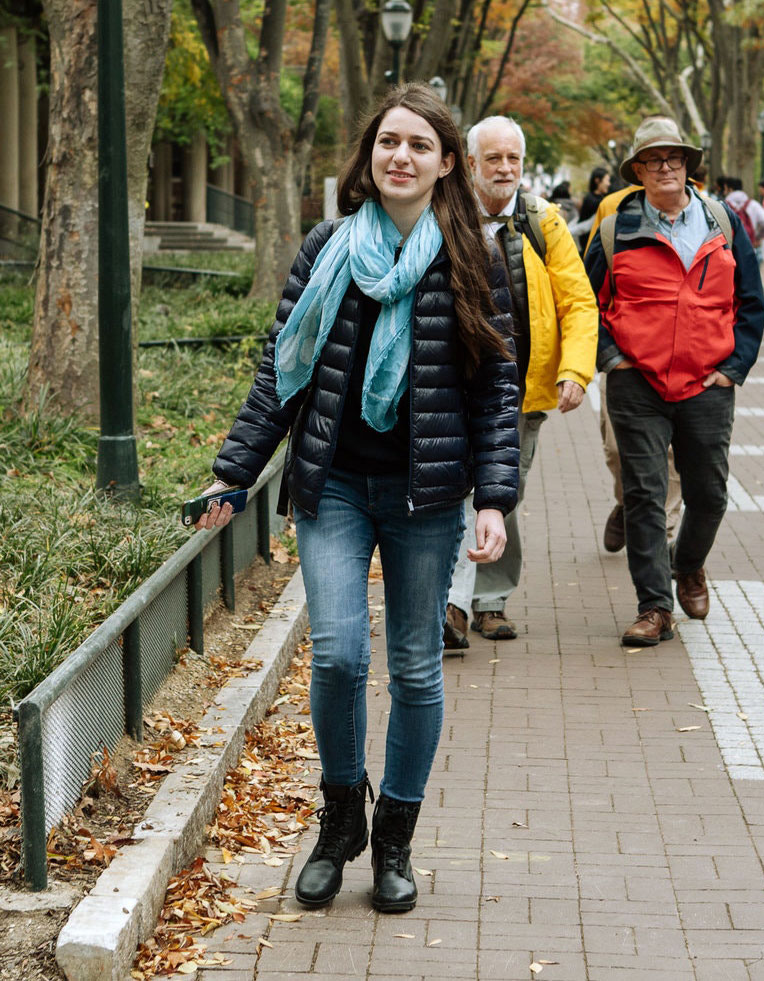 Sabina London, 21, is a senior at the University of Pennsylvania majoring in the biological basis of behavior, also known as neuroscience.

In high school, Ms. London started STEM You Can! summer camps for children in grades 4 through 6; there are to date 95 camp and school programs, which have served — without charge — more than 3,500 students in 17 states. She has won several national awards for her efforts.

Ms. London, who is fluent in Russian, spoke about her love of science and why she feels the need to teach young girls (and now boys, too) about STEM.

Did you come from a family of scientists or doctors?

My parents are software engineers and my brother is a resident in neurosurgery. My parents came from Ukraine. They met there, but both my brother and I were born here and I grew up in New Jersey.

Did you study science all through school? Were there many girls in those classes?

I liked science all along, but really began studying it in high school. I was in honors and A.P. classes, and especially in honors science classes, I was one of the few girls — in chemistry class we had about four girls and all the girls were at the same table

What really gave you a push in science?

In my sophomore year, I was awarded a full-time summer research position in a professional research lab through Partners in Science.

How did you get that award and what impact did it have?

I did a science project that year — a very basic project on Alzheimer’s and Type 2 diabetes — and that was one of the awards.

I worked at one of the labs at the Ernest Mario School of Pharmacy at Rutgers — it took me an hour and a half each way to get there. I had two great mentors, including Dr. Andrew Gow, who ran the lab. That was definitely a turning point for me. I started working in Dr. Gow’s lab sophomore summer, and after that, I loved it so much that during the year and the following summer I came back.

High school was not the easiest time for me at all, so being in the lab and doing research was the one thing that really inspired me to study science and also encouraged me to get other girls involved in STEM. I still keep in touch with Dr. Gow — he’s been a super supportive mentor and always telling me to ask questions.

What is STEM You Can!?

In sophomore summer — in 2014, the same summer I was working in the research lab — I was running a science camp in our local library in Haworth, N.J., to get girls interested in science. They absolutely loved it — parents were coming up to me and wondering if I could bring the program to their town. So I started training other students, and it started evolving.

The following year, my junior year of high school, we had six camps, and the next year 13 camps, and now we’re at around 95 camps and school programs in 17 states.

All the programs are completely free. The first one I ran I didn’t have any money, so the library paid for all the supplies. After that, I looked for youth grants to apply for. Then I started training other teens on how to start programs in other communities and apply for grants to fund them. When I turned 18, I could apply for a 501(c)(3), which I did, and then we could apply for organizational grants. We’ve now received $60,000 in grants and donations. 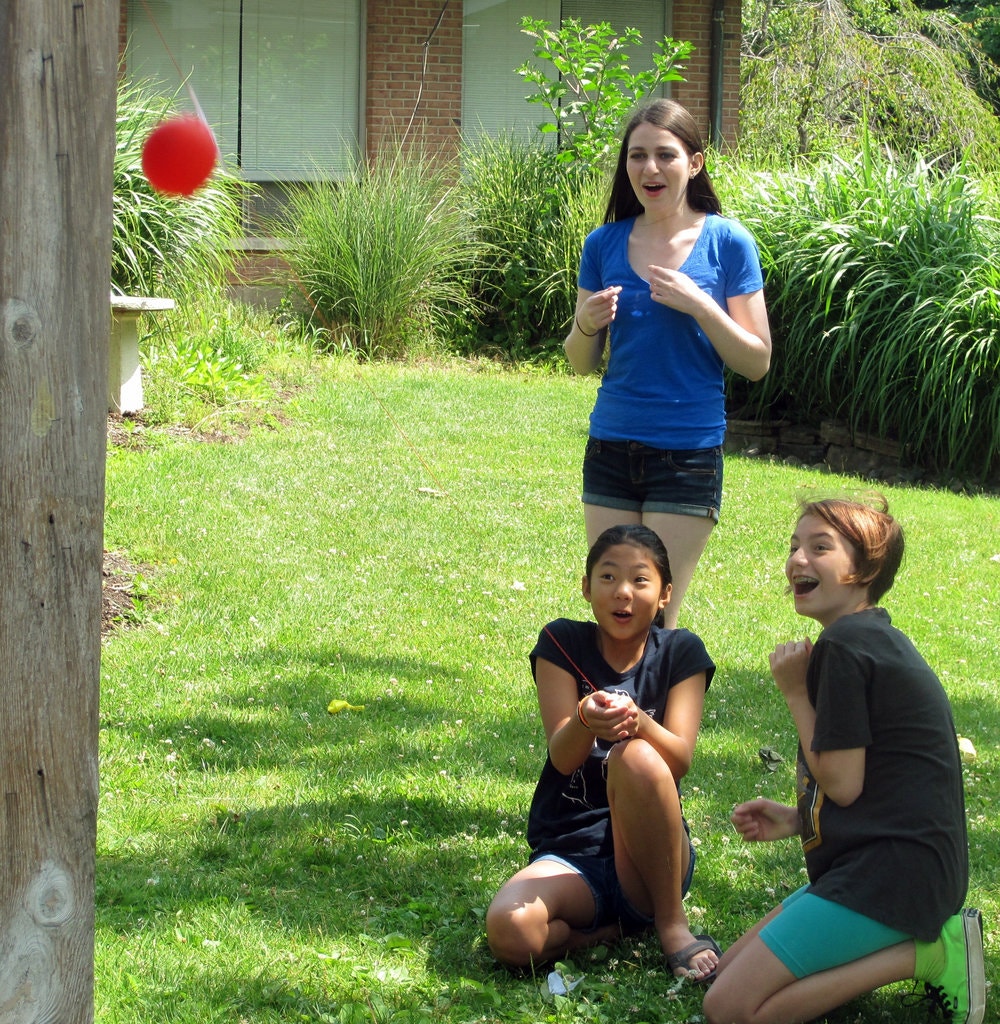 What do you teach at the camps and programs?

They are from one to three weeks long, and we teach topics ranging from engineering to neuroscience. We have a discussion, then jump into the experiment, then talk about how it works and why it worked the way it did. For example, on solar system day they launch a balloon rocket, on engineering day, they build a Mars rover model and they also make lemon batteries — they take two lemons and power a clock. They love that.

We now have school programs as well. This past summer I traveled to a refugee school in Chicago called Passages Charter School. With a $10,000 grant from the Davis Projects for Peace, I created a new science-enrichment curriculum, because a lot of students were nonnative speakers; I also trained teachers and helped put together a science library.

Where did you find volunteers to help run the camp?

My junior year, it was just some friends of mine — I gave them all the training material I had. After that I started reaching out to other people I knew, and they started teaching their friends, so it really spread a lot by word of mouth.

To date, we’ve had around 300 volunteers; each camp has a camp director and three or four volunteers. I was involved in training all the teens — eventually I passed along the training to other high school students, but I still oversee it all.

Are they still only for girls?

Some are girls only; some are now for both. I still think it’s necessary to have programs just for girls — it’s nice to see when some of the girls start out very shy and quiet and when we do an experiment, they become super engaged.

What do you plan to do after graduation?

I’m looking to go to medical school eventually and be a physician/scientist. I want to be a physician but I also want to do research as well. But I’m still exploring options.

Are you as excited about STEM now as when you started college?

I think I’m even more excited now that I’ve found a lab I really love and am working on my thesis on neuroscience. In our lab we’re studying the neural basis of behavior of songbirds. While a lot of the previous work has been on a neural circuit known as the song system of male birds, we’re specifically interested in understanding the song system in nonvocal female birds in regulating courtship behavior.

The majority of female songbirds are nonvocal.

Are you particularly attracted to this because it’s looking at differences in behavior between males and females?

It is funny, because the research is on female songbirds and a lot of my work has been on encouraging girls. It is related.

What are the challenges to being a young woman in STEM?

I’ve had more positive experiences than negative. But there have been a lot of moments — not just studying science, but in general — when I’ve been discouraged and needed to tell myself to keep going.

What do you do when you get discouraged?

I love looking at certain YouTube videos. There’s two I play before any important event. One is of Aly Raisman, her final floor routine at her 2016 comeback Olympics. I also play Lady Gaga’s 2019 tearful Oscar speech when she said it’s not about how many times you fall down, but how many times you get up. Because at the end of the day, that’s what really matters.

The full version of the article can be found here.